Tyrepower Diamond Creek is open and working to ensure our customer and staff safety during the COVID-19 pandemic. Find out more 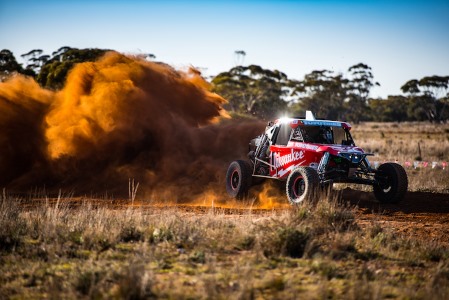 The team dominated the six-race championship season with only a single change of tyres.

"We are super stoked with the win! We're thankful for Toyo's support. We are glad we can pay it back with a championship win!" Said Danny Brown.

"The tyres have done over 1000 of the hardest kilometres this country can throw at them and they still look brand new." 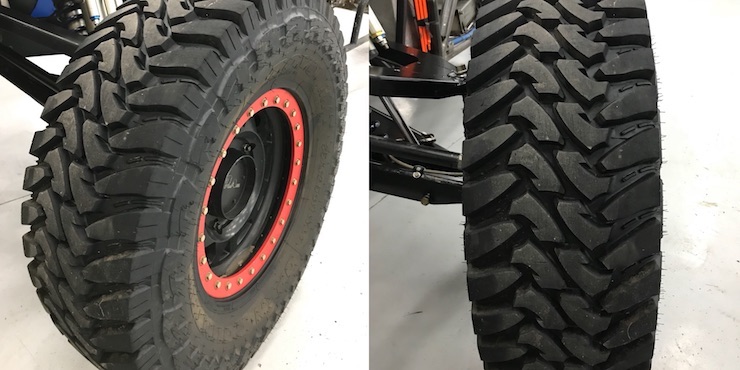 "Where some teams are changing tyres every race, we only needed to change once this season."

Following several close championship seasons hit by 'that's racing' luck', the #42 twin turbo Jimco pulled it together to deliver the season the Victorian pair had been working towards, marking their 2nd overall championship in 5 years. Brown said the secret to silverware was on and off track.

"Championships are won in the workshop. It’s all about the behind the scenes work and making sure your vehicle and components are at 100 per cent."

"We focus on qualifying well and setting a good race pace that we can consistently keep whilst holding a little extra pace up our sleeve if needed."

"Whatever the conditions, we know our tyres will see us through. At Pines we came out in first position for both qualifying and the short course sections of the race. It’s sandy, slippery and all over the place. We can attribute those wins to the Toyo tyres". 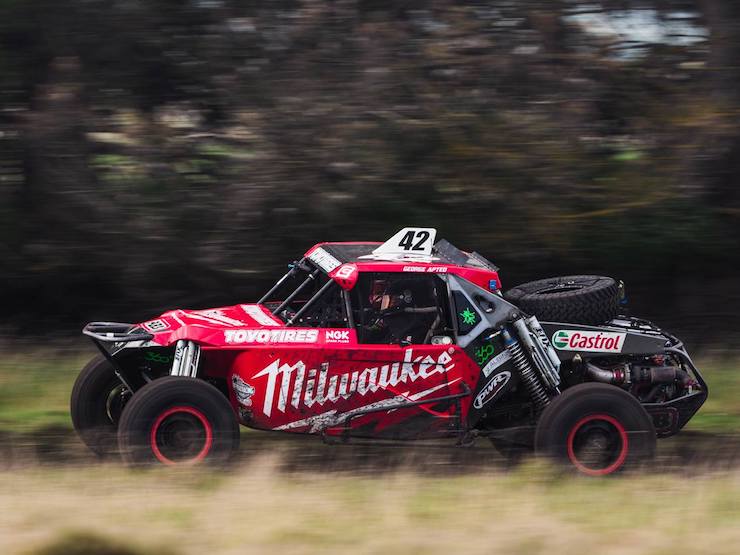 With two pole positions and first, second and third places finishes from six events around the country, the championship came down to the final race. Fourth on the ladder the pair needed to run a perfect race through Millicent SA’s unforgiving pine forests to make up the points deficit.

"We started off dead last on Sunday morning due to the reverse grid format. We knew what we had to do and who we had to beat so we settled into a pace we could hold and got the job done. We made some passes on the cars we needed to and tried to control the race from there.

"We ended up third outright for the weekend and this gave us enough points to seal the ARB Australian Off Road Racing Series overall and giving us the number one plate for next year."

With the championship won, Brown and Apted won’t be taking a year off as planned. 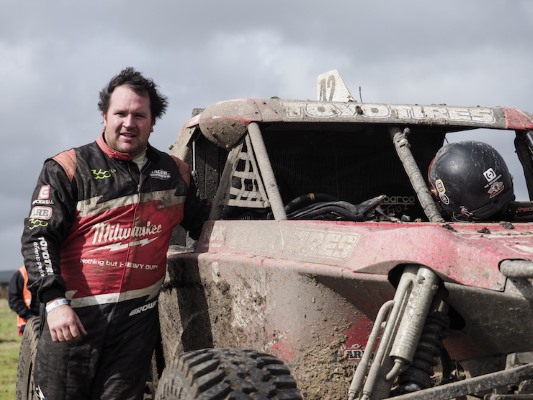 "We had initially planned to take it pretty easy next year. I have my first kid due in January. After winning the number one plate we will have to go and defend it!"

The pair will race a V8 buggy instead of the twin turbo V6 Jimco next year. Long term, there is something really special in the works.

"I currently have a new 4WD Trophy Truck being built in America but that is not going to be race ready until this time next year. There is quite a bit of development and testing needed on the new truck so our focus will be to getting that into a race winning machine for 2019."